A baby shower is SUCH an important event in a mom-to-be’s journey, and when you can’t have one in person it is heartbreaking! Do not fear, you can do a virtual baby shower and STILL have a ton of fun doing it.

This post is going to be filled with all my best tips on how to do your own virtual shower!

So what exactly is a virtual baby shower?

A virtual baby shower is when you get to have an actual baby shower but it’s online! It can be through a video chat, or it can just be a Facebook group where you all get to chat via comments and posts. Either way, you get to spend some time together over the internet and celebrate the newest member of the family.

The great thing about this is with social distancing and these tumultuous times that we are going through is that you can be safe and still feel that community and get that support that you need before you have a baby.

How do I even plan one?

So how do you even start to think about or even plan a virtual shower? It is so different from what our society has done so far and surprisingly due to this amazing technology that we have, it actually can be really easy.

The first thing to do is decide on a date. Then, decide on what kind of software you’re going to use to hold this virtual shower.

Next, figure out what activities you’re gonna do and what the general flow of the shower will be. Don’t forget the THEME! You can still have a themed virtual shower friend!

Lastly, you’re going to send out invites and make sure everyone has the REALLY important details, like how to attend, when it is, where you are registered etc.

Feeling overwhelmed? DON’T! We’re going to cover ALL of this goodness in this post.

Want to plan your own virtual shower in a flash? Grab The Virtual Shower Party Pack here!

Where to hold a virtual shower?

There are a few different options on where to hold your virtual shower- what matter’s most is if you want to do it via video chat or not!

Zoom as one option for a video streaming shower where you can see everyone else at the party as well! If you want to be able to see everyone’s faces zoom as a really awesome program where all you have to do is set up a video call and you can have people join in.

The size of the party does matter with zoom. The more people who join on the harder it will be to give each one of your guests time to talk and to be able to see them!

The only downside to Zoom with a virtual shower is that the more people you get the harder it is for everyone to feel like they’re a part of the virtual shower so what are encourage for those is to have a limited amount of people. I would suggest having a party size of around 15-20.

That’s ten groups of people connected, if you have several people at one house who connect to the party it’s ok to count that as one invite. The point is to be able to see everyone attending without having to switch screens too terribly much!

If you want to do more than one virtual shower to make it more manageable it’s OK! If you want to have FOUR it will be ok! Or if you just want to get it all done at once have one massive shower, and that also can be just fine mama.

Just simply make it to where you can actually interact with your guests and it’ll make it way easier for everyone and have it in you have a better experience altogether.

Signing up for Zoom is super easy and thankfully they have a free version, but with their free version if you have more than three people and you cannot go over a 40 minute call. So if you’re going to do virtual shower and you know it is going to go over that long then just sign up for a month of zoom in you’ll be good!

You are going to spend way less on that then you would spend a real shower anyways, I promise

Now the Facebook group doesn’t let everybody get face to face but it does let everybody interact. You can also do a live and have everybody commenting live when you’re opening your gifts. It can be a really heartwarming experience as well and it’s still a way for everyone to get together.

Another fun thing with Facebook Group showers is that you can have a shower last longer than just a few hours! You can post threads all week long with games and fun activities as well as ask for advice and stories for everyone to enjoy.

Think of different MLM parties you might’ve seen on Facebook groups for Pampered Chef or Usborne Books. You can do the same thing with a virtual shower and make it TOTALLY fun!

So how do you invite people to a virtual shower?

Basically, you have several different ways that you can do this! You can email them, you can text them, (but I think it’s going to be better if you do something a little more formal than a text because there is a decent mound of information you’re going to have to share).

So what I suggest is to go and set up a Facebook event and put all your pertinent information in there. Put your day and your time, where it’s going to be, and then you’re going to make sure that everyone knows the technology well enough to participate.

I would ask ahead of time if anyone has never used Zoom or used a Facebook group. If they need a little help you can either send them some really helpful links so that they can practice, or you can even do a practice run ahead of time! That way anyone who is nervous can try and hop on and get a call to do a little practice.

Technology is a big barrier for our older generation and you want them to be able to be a part of the shower. Especially because I’m sure they’ve been looking forward to coming to this too!

So just do everything you can to make it inclusive and set them up for success. You can designate one person, (no, you do not have to do it all this yourself) to be the technology person. They are in charge of making sure that everyone knows how to get on and they will help people in the shower to fix things. It’s a great job for a tech savvy friend who want to be helpful!

What games to play at your virtual baby shower

So even though the shower is virtual you can absolutely play games and have fun together! I know that baby shower games are sometimes a little bit of a joke, but I personally love them they make me very happy.

When you’re thinking of how to do virtual games, think about things that are really easy to do with a big group of people and usually they’re going to be decently easy enough to do virtually.

But, make sure that you don’t need to send out papers that need to be printed. That’s just a big barrier for some people who may not have a printer at home!

So think of little things like Pictionary or where can just show a picture on the screen. Simple games like that work best!

You can expect them to have a pencil and paper of their own, that’s super easy to come by.

Look up your favorite games and get creative!

How to get others involved

So, in the end, the point of this virtual shower is to come together for you and your baby! So being able to get other people involved in your virtual shower is so important to make it feel like an actual party.

In a traditional shower you’ll have a host, and people who help them out. Let those people do that!

Have a host organize the whole thing and take care of the nitty gritty details. Have a technology savvy friend be the official zoom for Facebook group director. They can help any relatives or friends having issues troubleshoot so you can enjoy your shower!

Decorate for your virtual baby shower!

Lastly I think it’s really important that you get excited for this and you get to decorate! Create a theme for your shower and go for it! Order that cute backdrop and banner and do what you want.

If you need some ideas check out my favorite themed shower decorations on amazon here!

There are so many different ways that you can make this more fun for everyone involved.

Plan your virtual baby shower in a flash with the Virtual Baby Shower Party Pack! 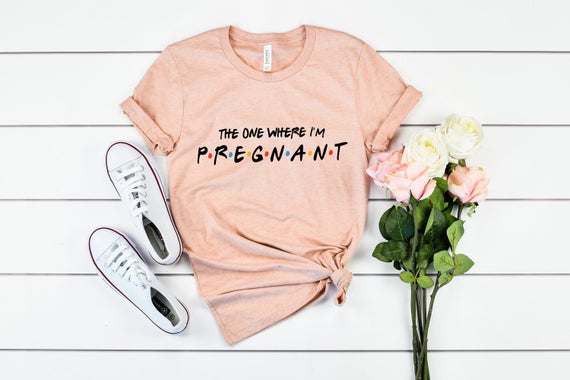 So many great ideas thank you very much. I am planning a baby shower for my daughter. I had no ideas on how to get started thanks again.

I'm so glad Joanne! I hope the shower goes amazing!

thank you for sharing very helpful !!

My name is Rachel and I am a mom, a crafter, and all around money savvy lady. My mission here is to empower moms all the resources they need to live the lives they want without spending a ton of money.